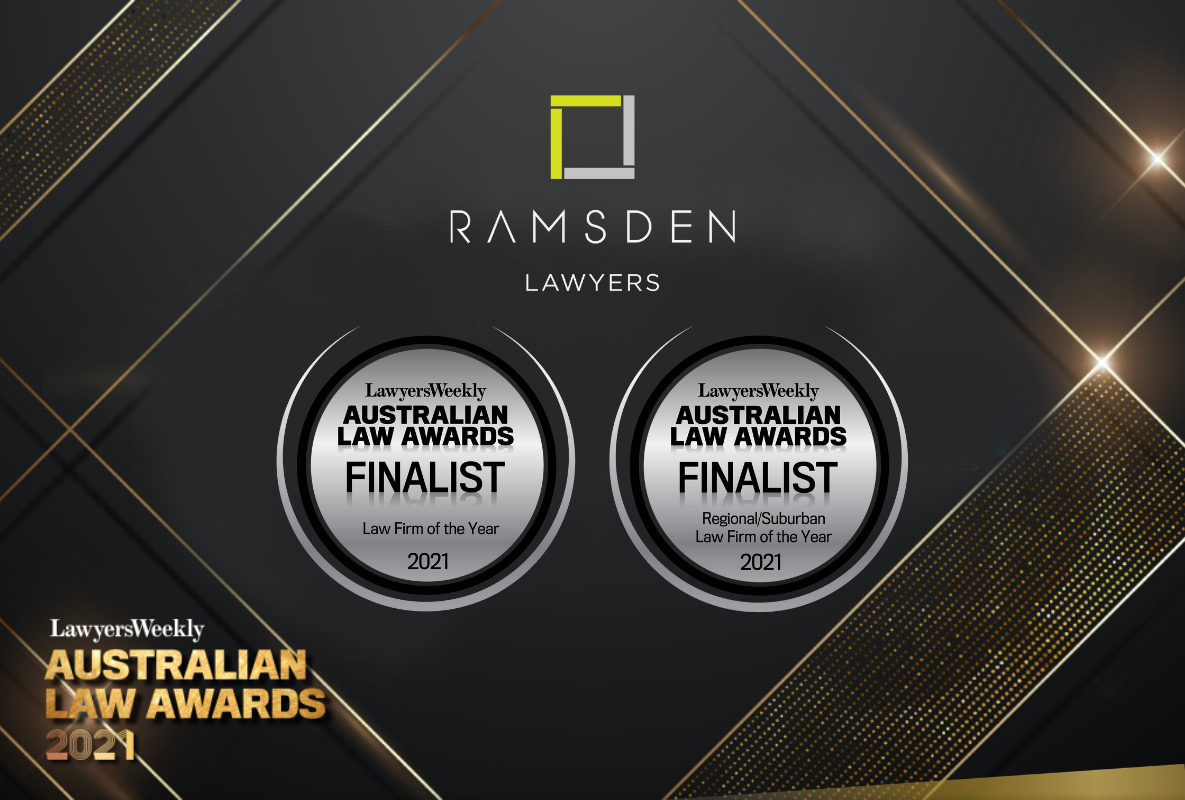 Ramsden Lawyers has been recognised in several categories for the 2021 Lawyers Weekly Australian Law Awards. Winners will be announced at the gala dinner awards ceremony in Sydney on 20th August 2021. We are pleased to announce submissions for finalist in the following:

The 21st annual Australian Law Awards is the pinnacle awards program for the nation’s legal profession, recognising the outstanding effort being done across major legal practice areas, brilliance at the bar, legal in-house powerhouses, innovators and various firm-led pro bono programs. Further acknowledgements to Lawyers Weekly, who are the authoritative independent news source, industry analysis and opinion of Australian business of Law. Ramsden Lawyers applauds your active role in the innovation of the legal business within the Australian landscape. Furthermore, Sudket Fraser-Krause and the team at Momentum Media, who has assisted in the development and outlay of the Lawyers Weekly Australian Law Awards.

Founded in 2003 by Managing Partner John Ramsden, Ramsden Lawyers continues to grow in numbers, with currently over 55 team members, but also wealth of experience in all offered services. With locations in both Sydney and Brisbane, Ramsden Lawyers remains one of the Gold Coasts leading and largest law firms today. In saying so, Ramsden Lawyers is the sole representation from the Gold Coast in the coveted Law Firm of the Year finalist category, also including the following firms: