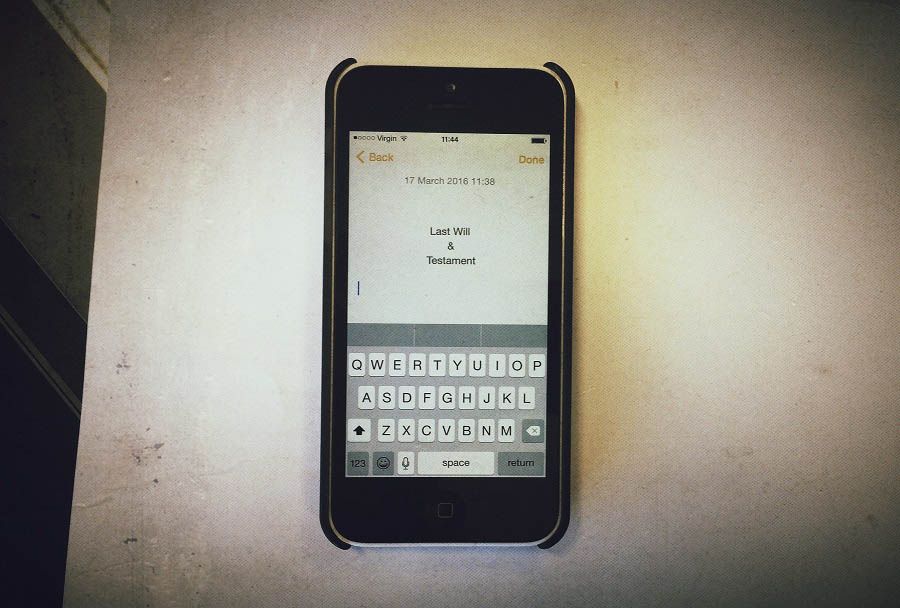 For a Will to be valid in Queensland, it has to meet certain requirements set out in section 10 of the Succession Act 1981 (Qld) (‘Act‘). In particular, it needs to be in writing and signed by the person making the Will in the presence of at least two witnesses. However, if a document doesn’t meet these requirements, section 18 of the Act gives the Supreme Court of Queensland (‘Court’) the power to still recognise such a document as a Will. We recommend the completion of professionally prepared Wills.

Yet despite this power, the recent Queensland case of Yu v Yu & Ors[1] shows the difficulties that can be encountered when informal Wills are recognised as binding by the Court.

Before Karter Yu died in 2011, he created a document on his iPhone “Notes” application purporting to be his last Will. The document appointed Mr Yu’s brother as executor. Since the document did not satisfy the requirements of section 10 of the Act, Mr Yu’s brother applied to the Court for a declaration that the document was Mr Yu’s Will.

In 2013, after being satisfied that Mr Yu intended the document on his iPhone to operate as his Will, the Court made the declaration sought and granted Mr Yu’s brother probate as executor. Two years later, Mr Yu’s brother then applied to the Court for directions regarding how various funds should be distributed according to the Will.

Mr Yu’s Will stated that “I would like the remainder of my cash equally apportioned” between certain parties with the residual estate given to Mr Yu’s executor.[2] The issue before the Court was the proper construction of the term ‘cash’ in the Will. In construing the term ‘cash’, the Court followed the previous rules of construction that the words of a Will are to be interpreted in the context in which they appear according to their usual meaning.[3]

After citing several relevant cases, the Court decided that almost $260,000 paid to Mr Yu’s estate as a death benefit pursuant to his life insurance policy did not constitute ‘cash’ since Mr Yu was probably unaware of the benefit when he made the Will. As a result, the largest component of Mr Yu’s estate fell into the residuary and was given to Mr Yu’s executor. However, the Court did hold that around $60,000 in Mr Yu’s bank accounts was properly classified as ‘cash’.

This case of Yu v Yu once again shows that testators who are not legal professionals and choose to prepare their own Wills do so at great risk. Because he failed to properly define terms in his Will, Mr Yu’s estate was ordered to pay the costs of the application to resolve the ambiguity on the indemnity basis.[4] Had Mr Yu sought the services of a lawyer to prepare his Will, he could have saved his estate these costs.

Contact Ramsden Lawyers today for a professionally prepared wills. We can assist you with any of your estate planning and deceased estate matters.